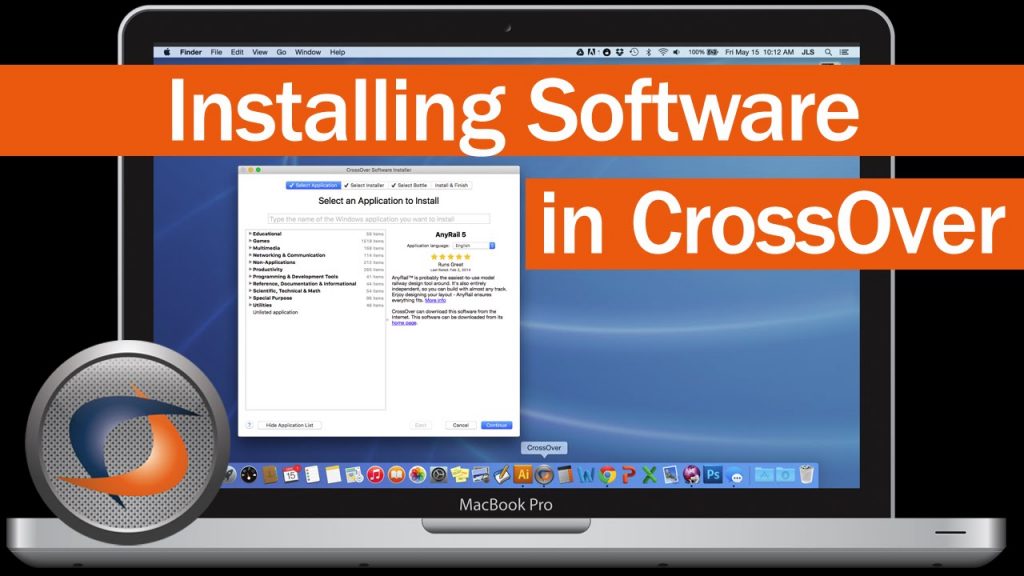 Video: How To Automatically Remove CrossOver by MacRemover?

Use automatically removal solution to remove CrossOver in your macOS

2. Switch to Finder and select Go -> Applications from the Finder menu.

3. Locate the MacRemover icon and double-click on it.

4. CrossOver icon will be displayed on the Apps listview of MacRemover, and click on it.

5. Click “Run Analysis”, and then “Complete Uninstall”. CrossOver will be automatically and completely removed.

Use manually removal solution to remove CrossOver in your macOS

The steps listed below will guide you in removing CrossOver:

1. Switch to the Finder and select Go -> Utilities from the Finder menu.

2. Locate the Activity Monitor icon and double-click on it.

4. Switch to the Finder again and select Go -> Applications from the Finder menu. Find the CrossOver icon, right-click on it and select Move to Trash. if user password is required, enter it.

5.Then, hold an Option key while the Finder’s Go is being selected. Select Library. Locate any folders that are named the following names and drag them to the Trash.

6. The following files/folders of CrossOver, you need to use “rm” command to delete on the Terminal.